Otto Rehhagel resigned as manager of the Greek national team following the team's elimination from the World Cup in South Africa.

'King Otto', a nickname he already had during his coaching career in Germany, is also called 'Kind der Bundesliga' (Child of the Bundesliga) having played in the very first Bundesliga game and enjoying an unprecedented number of records as a coach in the Bundesliga. He holds the records for the most victories, most draws, most losses, and his teams have scored the most goals and conceded more than any other.
He took charge of Greece in the summer of 2001 and in his first game as Greece's coach the team lost 5-1 to Finland in Helsinki on the same day that England beat Germany 5-1 for the same group qualification matches to the 2002 World Cup.
His next match for Greece took him to Old Trafford on that famous day that David Beckham was given no less than six chances in the closing minutes to score an equaliser from a spot-kick o…
Post a Comment
Read more 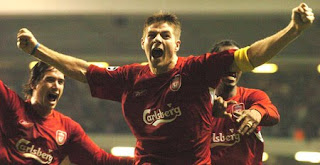 In Rafa we did trust!